This author is the founder of Heirloom Media, but these Facebook strategies for authors would work for anyone.

This author had a science book coming out in August, but no social presence for the book.

This client had no social presence for the book and needed a way to get the word out fast, effectively, and with as little money as possible (because royalties for books aren’t that great!).

This campaign ran from February of 2018 through August of 2018. These are the strategies employed to boost book sales.

The client knew her audience for the book already, as she had a website on a similar topic. However, there was more to be discovered.

We surveyed the existing audience to identify pain points. We used this information to target the audience in all page content and advertising (which there was very little of!).

Social media strategy is all about finding the perfect audience, then delivering content that resonates with them and shows them that you love them and understand them. Once this happens, they love you back!

For this Facebook strategy, we offered targeted engagement, strategies that brought the page from 0 to 7k likes in about 3 months, all while spending less than $200.

Once the audience was identified, we ran small engagement ads to grow the page. We never spent more than $60 a month during the growth period, and we stopped paid advertising once the page reached 5k fans.

One of the videos became a true viral (reaching almost 800,000 people) when the page was just over 1k likes, and the page grew by almost 4k likes in a week.

Facebook live videos were used to engage with the audience and generate value and connection with page fans.

Every live video offered value and something unavailable elsewhere (in this case, it was science experiments in jars).

The ability to remind people of a product or service is still important for social media marketing. We encouarge all clients to build lists off of social media when managing their pages.

For this Facebook marketing strategy, we used three list-building techniques.

A lead-magnet offering a generic science experiment worksheet was added to the website and promoted via Facebook to generate leads.

We created a messenger quiz that allowed people to determine if they were a science genius or newbie to further grow the messenger audience.

Anyone who pre-ordered the book from Amazon was given a digital bonus package.

The week before the book was released, we ran a 5-day #jarringscience challenge that got fans talking about the brand and generated excitement for the book.

We used a few targeted ads to run ads to the pre-order video, the release-day video, and to the challenge videos. Total ad spend was about $100.

Results from the campaign were dramatic.

Want results like these for your non-profit or business? 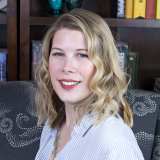 Dallas-based digital marketing strategist and consultant. I've spend the last 10 years neck-deep in all the technical, terrible things you need to know to be an effective digital marketer.

That means you don't have to bother with it. Leave it to Beaver, or me!